Crisp Bio for Immediate Use:

Born in Bucharest, Austrian-Romanian pianist Maria Radutu began as a child prodigy in the 1990s and has won over twenty national and international prizes. After receiving her concert diploma from the University of Music and Arts in Vienna, Radutu served as the artistic director of the ensemble PhilKlang and its chamber music festival Soundgarden, was a founding member of the New Piano Trio and director of the social project Building Bridges.

Her solo career has taken her to Europe, Asia and the United States to concert halls such as Carnegie Hall, Prince Mahidol Hall in Bangkok, the Great Hall of the Vienna Konzerthaus, the Vienna State Opera, the Salle Gaveau in Paris, the Auditorio Nacional in Madrid, the Sala Radio in Bucharest, the Smith Center in Las Vegas and the National Concert Hall in Taipei. She has performed as a soloist with the RSO Vienna, the Vienna State Opera Orchestra, the Zagreb Philharmonic, the Orquesta Clasica Santa Cecilia, the Cottbus Philharmonic Orchestra, the California Symphony and the Las Vegas Philharmonic.

Her album “PHOENIX” reached half a million streams and three nominations for Opus Klassik, and her previous album “INSOMNIA” was released on Decca Records accompanied by music videos and reviewed as a “top-class listening experience” (Die Presse). Her latest album includes Shostakovich’s 1st Piano Concerto and Jolivet’s Concertino together with the RSO Vienna, Dirk Kaftan and Selina Ott. At MuTh, Maria Radutu has been curating her own concert series “Glasweise Klassiker” since 2021, which combines great piano concertos in unique ensemble formations with selected wine tastings.

“Piano & Dance,” her program with Eno Peçi, principal dancer and choreographer of the Vienna State Opera, fuses music and modern dance at eye level. “In Blue – the Gershwin Tales” with the Christoph Cech Jazz Orchestra Project combines classical music and jazz in a modern sound language. Radutu works with composers such as Mikael Karlsson, Margareta Ferek-Petric, Marco Annau and Christoph Cech for her programs. In her “PianoBox” format, Radutu emotionally communicates music across the boundaries of language, style and background.

„Maria Radutu reveals these intimate emotions that people aren’t so quick to bring to the stage – there’s no filter between what she’s feeling and what she’s trying to project to the audience.“ (Donato Cabrera – Conductor).

By combining piano music with different art forms in concept programs, Radutu creates a strong bond with the audience.

Her solo career has taken her through Europe, Asia and the U.S. to venues including the Carnegie Hall, the Golden Hall of the Vienna Musikverein, the Vienna State Opera, the Prince Mahidol Hall in Bangkok, the Salle Gaveau in Paris, the Auditorio National in Madrid and the National Concert Hall in Taipei. She performed as a soloist with orchestras including the Vienna Radio Symphony, the Vienna State Opera Orchestra, the Zagreb Philharmonic Orchestra, the Las Vegas Philharmonic, the California Symphony, the Philharmonic Orchestra Cottbus and the Orquesta Clasica Santa Cecilia.

Her new program and album PHOENIX premiered in October 2020 at MuTh in Vienna, together with dedicated paintings by Felicia Gulda. The story of PHOENIX leads from the passion of a young soul, through burning in a thrilling dance, rising up out of the ashes to find sovereignty. PHOENIX reached a half million streams and three nominations for Opus Klassik.

Her previous album INSOMNIA for Universal Music with dedicated music videos was called a „first-class listening experience“ by the Austrian newspaper „Die Presse“. She recorded together with the RSO Vienna, Dirk Kaftan and Selina Ott the upcoming album including the First Piano Concerto by Shostakovich, which will be released in November 2021. Maria Radutu is curating her own concert series Glasweise Klassiker in the season 2021/2022 at MuTh, combining piano concertos in unusual instrumentations with selected wine tastings.

With Eno Peçi, solo dancer and choreographer of the Vienna State Opera, Radutu created PIANO & DANCE, a program to melt piano music with modern dance. After the premiere in October 2019, PIANO & DANCE was booked in Romania, Albania and Austria. Due to the COVID19 crisis, the dates will be reprogramed. For her programs, Radutu regularly works with composers like Mikael Karlsson, Margareta Ferek-Petric, Marco Annau and Christoph Cech. Over the last years, she developed her concert format PIANOBOX to share her musical stories with the audience, beyond the limits of style, language and background. Her very personal way of talking about music is characterized as emotional music communication.

Born in 1984 in Bucharest, Maria Radutu was quickly recognized as a prodigy and won the Gold Medal at the National Olympics while studying at the George Enescu Music High School. After graduating the University of Music and Performing Arts in Vienna, Radutu was artistic director of the PhilKlang ensemble and it’s chamber music festival SoundGarden, founding member of the New Piano Trio and director of the social project Building Bridges. SEPTEMBER 2021 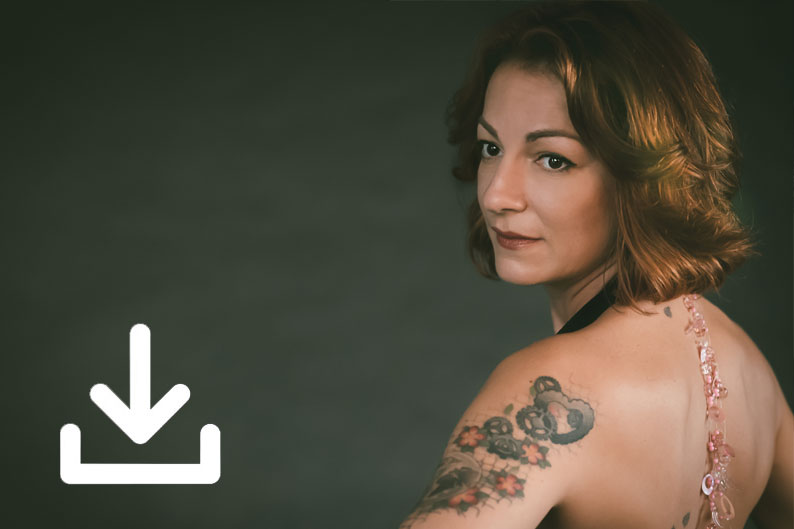