Pictures of an Album – Felicia Gulda & Maria Radutu in Dialogue 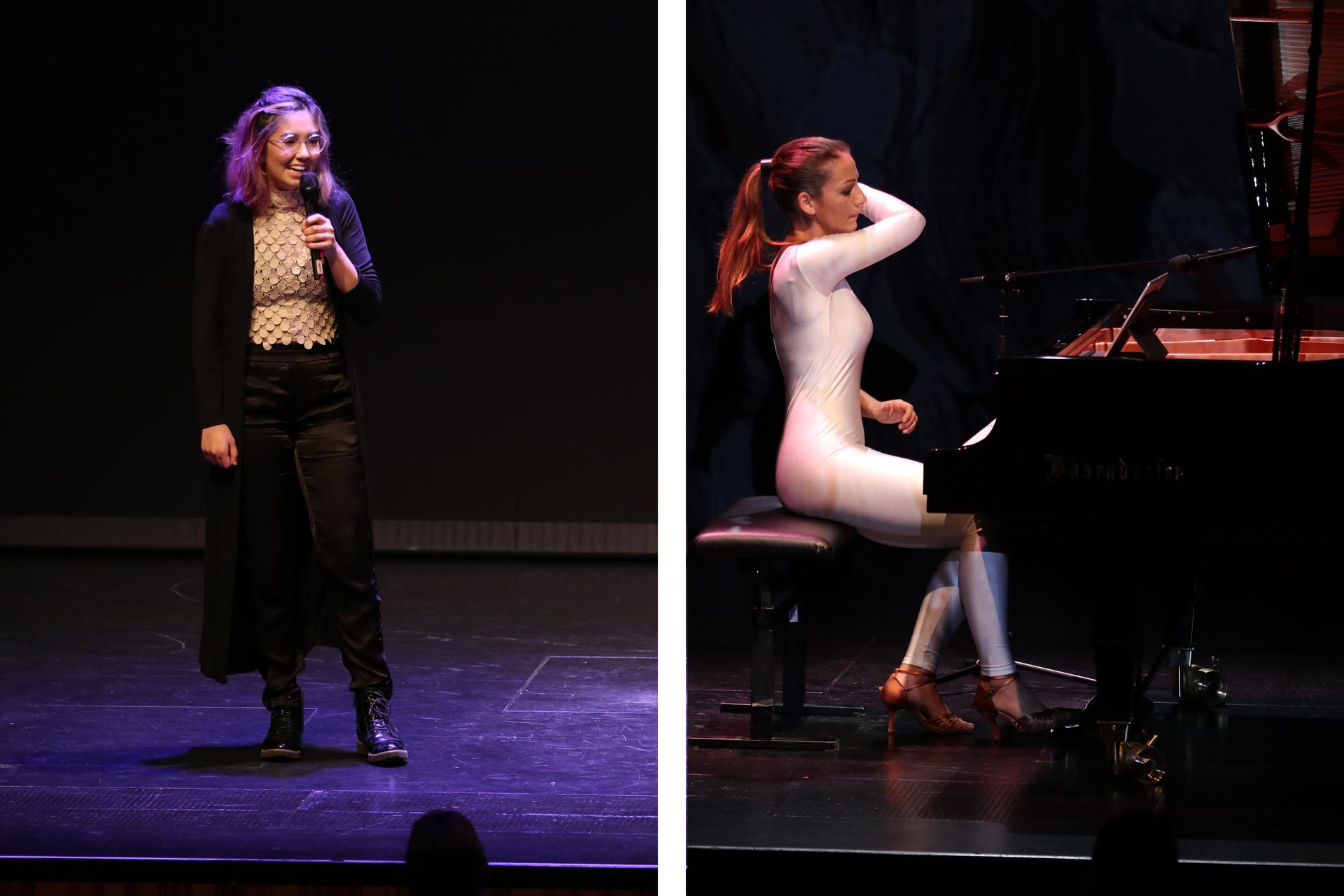 Pictures of an Album – Felicia Gulda & Maria Radutu in Dialogue

Maria Radutu and Felicia Gulda about the creation of „Phoenix“ and the background of their collaboration. We take a look behind the scenes with the two artists in dialogue.

Maria, what can you tell us about the idea of combining music with paintings for your new solo album?

Maria Radutu: The musical pieces on Phoenix are emotionally extremely charged, both the stirring and profound ones, as well as the positive ones. I saw them combined with an art form for which time doesn’t play any role. Diving into the music, the listeners discovers Felicia’s visuals of Phoenix at their own pace, in their own way. During the live performance, the pictures blossom as projections on stage. For me as a pianist, this is a fantastic experience during the performance, because I can feel myself and the instrument becoming a part of Felicia’s paintings.

Felicia, how does your work for Phoenix differ from your other music projects?

Felicia Gulda: The fusion and construction of the concept, my artworks and artistic strategies are directly linked to the music and Maria’s musical interpretation. The difference lies in the fact that I was mostly inspired by Maria’s interpretation of the pieces, which always accompanied me in the back of my mind. The most beautiful thing for me about the concept of Phoenix was the opportunity that allowed both artistic components to flourish at the same time, but also to melt together. I would say that both artistic elements mutually helped each other grow. 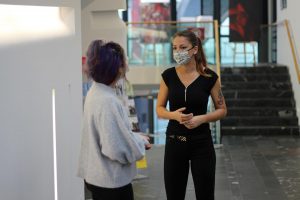 Maria Radutu “Diving into the music, the listeners discovers Felicia’s visuals of Phoenix at their own pace, in their own way.”

What was first? The music or the concept behind the album?

MR: It felt like I started thinking about Phoenix the day after I released my album Insomnia. For a long time, I had been working on an album that, despite its happy ending, is still very introverted. I think for Phoenix neither the music nor the concept came first, but the deep feeling that I needed to bring out the extrovert that I suppressed a while for Insomnia. It also quickly became clear that after the Insomnia album cover, with my face in complete darkness, the next one had to look exactly the opposite. From that moment on, it was an interplay between musical works and dramaturgical concept. Some works influenced the dramaturgy and, for some moments, the right music had to be written first. I was very lucky to work with the composers Marco Annau and Mikael Karlsson for the commissioned works. Over time, music and concept melted into each other.

How did you manage to create the individual stories behind the works as well as the dramaturgical arc of Phoenix in paintings?

FG: This happened in a very natural manner: I knew from an early stage that the dramaturgical arc should be the color red, which extends through all the works. The title of the album, the stories behind the individual pieces and the vibrant color red harmonize well together. I always kept this connection in mind while I grappled with the individual themes and stories of the pieces in the Phoenix repertoire. In doing so, I found that every story showcased a red element. It also helped to talk to you, Maria, about your interpretations, thoughts and visual representations of the pieces. 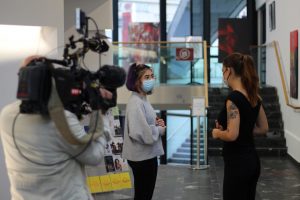 Felicia Gulda “My artworks and artistic strategies are directly linked to the music and musical interpretation of Maria’s play.”

How autobiographical is Phoenix?

MR: I believe that, especially in the development of ideas, artists cannot exactly distinguish between private and professional life. Melancholy, our bond to nature, emotional outbursts, lost love, the search for new paths, these are very human topics artists have always dealt with. I didn‘t want to process my own story in Phoenix, but the kind of emotional rebirth that probably each of us experiences several times in life. The fact that so many dance elements found their place in the album probably has to do with dancing always being a private part of my life. One of them, the Mephisto Waltz, is the turning point of the album for me because I see a mythical creature that gets lost in its own fire. Nevertheless, the work, with its incredibly plastic middle passages, is not entirely negative. Just like the death of the phoenix, which is not an end, but enables the transformation at all.

Finally, which painting of Phoenix did you “see“ immediately because of the music and which piece challenged you the most as a painter?

FG: I would say there is one particular artistic work and piece which combines both. Gershwin’s “Three Preludes for Piano” got me thinking right away. The visual representation of the elements in the piece was clear to me early on – it made me reflect because I knew what feelings I wanted to convey, but I was not aware of how I could do that – I had an instant vision that was complex to implement. On one hand, the work “Freedom” is geometrical and showcases precise details and elements, but on the other hand, the work conveys a sense of freedom, which gave me the opportunity to incorporate artistic elements that were completely new to me.

Thank you for the conversation!